KVR is delighted to announce that the opening concert of the Kirkmichael Music Festival on Friday 13th June (no, he’s not worried about it) will take place in our lovely 18th Century church and will feature the amazing James Grant and friends. 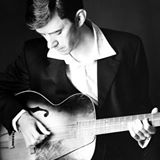 James’s music career began in 1982 as songwriter and guitarist in Friends Again, alongside Chris Thomson, later of The Bathers. Grant went on to form Love and Money with whom he recorded four successful albums: All You Need Is, Strange Kind Of Love, Dogs In The Traffic, and littledeath, and had six chart hits in the United Kingdom.

Grant’s first solo album, Sawdust in My Veins, was released on Survival Records in 1998.  It featured long term collaborators Donald Shaw and Capercaillie’s Karen Matheson, harmonica player Fraser Speirs, drummer James MacKintosh and the BT Scottish Ensemble. The same lineup was retained for My Thrawn Glory in 2000. I Shot The Albatross, a collection of poetry set to music, was released in 2002.  It included interpretations of works by Edwin Morgan, EE Cummings, and William Blake.  The gentle, introspective Holy Love, followed in 2004, featuring contributions by dobro player Jerry Douglas (Union Station, Oh Brother Where Art Thou and Transatlantic Sessions) and ex-Thrum vocalist Monica Queen.

Strange Flowers, a more upbeat collection, was released in February 2009.  James also wrote the score for the film The Near Room and has collaborated with Karen Matheson, performing live and writing songs for her solo records The Dreaming Sea, Downriver, and Time To Fall.  It’s going to be a phenomenal concert!! 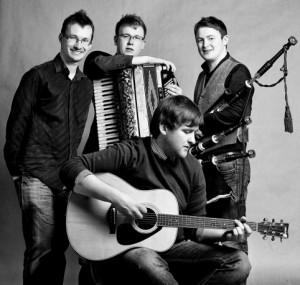 The Ceilidh in the McCosh Hall on the Friday night will feature none other than Scottish Dance Band of the Year 2013 winners Trail West. Hailing from the ‘wild wild’ Western Isles of Scotland, Trail West are a young band causing a storm on the Scottish music scene.

A Trail West gig is guaranteed great ‘craic’ and this has led to the band building a loyal following throughout Scotland as well as securing performances at key events such as the Cowal Highland Gathering, the Royal National Mod, Tiree Music Festival and Glasgow’s Shindig in the Square and appearing on BBC ALBA (catch the performance here).  Learn more about Trail West at their website.

Supporting Trail West are local band New Legacy consisting of Steve McCann, Paul Creighton, Charlie Gorman and Cori Cola veterans of many a folk festival and ceilidh and constantly and consistently in demand because of their mastery of a wide range of music from Scotland, Ireland and beyond.  You are in for a great night of music and dancing!